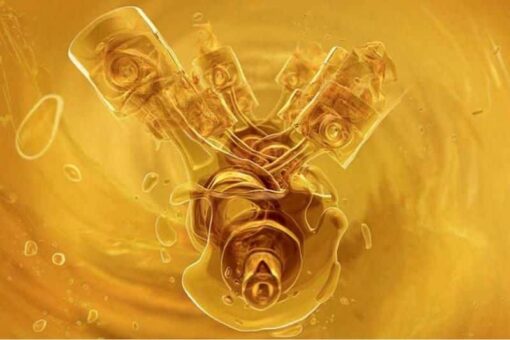 “Okay, I don’t believe I’m really a cheapskate, but money’s always tight for one reason or another, but I do try to change the oil in my old pickup on my iffy schedule, because the little sticker they usually attach comes off before my next oil change.

But that hasn’t always been fair to my truck. I know that, and a few times the problems that have arisen came, it turned out according to a pretty good mechanic I know, to be cheapo oil that quickly began to break down under a load of old roofing being hauled away from a home.

He advised me to make sure I patronized shops that used quality oil, but as I said, that just isn’t all that easy, and some of them not only cost a lot more but take a lot longer. I just don’t have an hour or two to sit in the office looking at tattered old magazines.

At least there’s a pretty good taco truck next door to the mechanic, so I sort of enjoy an excuse to go there. And actually, the last time I stopped wasn’t for mechanical work at all. In fact, I didn’t even go over to the shop. I’d come by for a couple of tacos al pastor. Sort of BBQ pork filling with other goodies and more juice than any one person can handle. Naturally, after one of those encounters, I had to go next door to the mechanic’s shop to wash up and he was pouring something into the engine.

I asked what that was and he said a customer had told him about this new additive called Polytron MTC and he wanted to try it.

I asked him what Polytron MTC was and he told me it was an oil additive and the fellow who told him about it swore he got longer, cleaner engine life, better mileage and a really smooth running engine, something he hadn’t had in years.

Yeah, I said, but how old is his car?

The mechanic told me and I was astounded. The car in question was older than my pickup and after talking about it, I remembered having seen the old boat at his shop a couple of times.

I said I thought maybe I’d better run down to the auto parts place a few blocks away but he told me it’s sold on line. Okay, I know today everything is selling online and although so far, I hadn’t bought much at places like amazon, it wasn’t so much because I didn’t like them. It was mostly because I just don’t always have money to toss around. I have to do a lot of thrift store shopping and my work on worn roofs certainly doesn’t require a suit and tie!

But I went home and Googled Polytron MTC and up came this site http://polytrondirect.com

The more I looked at the site and read about Polytron MTC the better it sounded, but hey, face it, lots of places make big promises. I started googling around looking for reviews. Turns out Polytron products are sold on Amazon too, and when I got there, I began to read some impressive reviews. And the great part is you don’t have to buy a fifty-gallon drum. You can get a bottle as small as 16 oz. If you have a shop, it comes in a five-gallon container as well. And Polytron guarantees its safety and usefulness I any engine, auto, boats, tractors, gas, diesel, 2-stroke, everything but foot pedal.

They swear it will eliminate engine wear up to 95% and may help your engine last two or even three times as long it is might otherwise hold up.

It’s five in the morning so I have to head out to work or I could go on all day. I’ve never had such a smooth-running truck since I bought mine new fifteen years ago. All is can say is you have to try Polytron MTC. If you should have a shop, you can get larger containers too.”